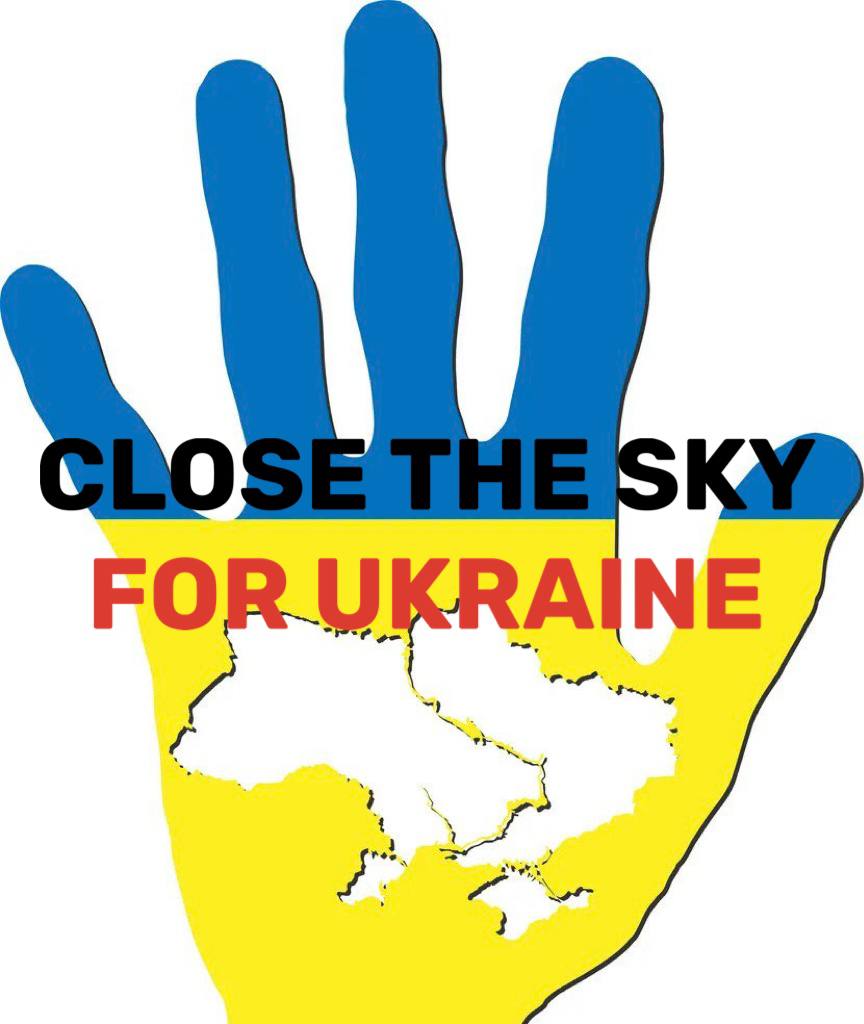 ​We are writing to you from bomb shelters, from our home Ukraine, which is mercilessly attacked and bombarded by Russian forces since the fateful day – February 24, 2022. ​Ukrainians are indiscriminately hit, collateral damage amounts to total destruction of cities, many civil and social infrastructures that have no relevance to the military are destroyed, thousands of civilians dead and injured. Millions are fleeing their homes. Ukrainian army and civil defense volunteers have taken up arms and are fighting for the survival of Ukraine. And they are successful to a great extent. But, missile and bomb attacks by air are causing greatest damage. We are helpless. We have no weapons to counter air attacks. We appeal to you for support. Please urge your governments to help protect our sky by having a no-fly zone. This is a deterrence and not an invasive tactic, in full consonance with the UN Charter, CSCE Final Act and the Budapest Memorandum.

​Going by the points of the Budapest Memorandum on Security Assurances of 1994, based on the CSCE Final Act, Ukraine was assured the following:

1. Ukraine’s independence, sovereignty, and existing borders shall be respected.

2. The signatories shall refrain from the threat or use of force against the territory or political independence of Ukraine.

3. The signatories shall refrain from influencing Ukrainian politics with economic pressure.

4. Immediate United Nations Security Council action shall provide assistance to Ukraine if it becomes the victim “of an act of aggression or an object of a threat of aggression in which nuclear weapons are used.”

5. Nuclear weapons shall not be used against Ukraine.

​Most of the above were violated by Russia since 2014 till today. At the same time, the Budapest Memorandum (text attached) has not been formally terminated. So, the other signatories, the UK and the USA, should fulfill their outstanding obligations. We urge you to convey this message to all who can take appropriate decisions.

​Not helping Ukraine at this hour sets a dangerous precedent. First, belligerence by bigger states on smaller states will go unabated. Not a rule based order but the might of the powerful will dominate. Second, nuclear non-proliferation will be jeopardized. More states would try to aspire for nuclear status. Third, this will break the security architecture of the post-World War II in Europe.

​For the sake of world peace and security, for democracy and resolution of conflicts through peaceful means and for a rule based world order, please help Ukraine! Protect out skies, protect our people from death, our country from devastation.